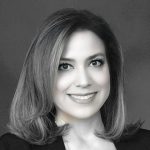 Passionate about serving children and families, Barbie began her career with the Florida Department of Children and Families in 1990. In 2004, Barbie joined the lead Community-Based Care (CBC) agency tasked with overseeing child welfare services in Miami-Dade County and the Florida Keys. In that new position, she was a vital member of the team that transitioned over 6,000 children and their families, and over 600 foster homes, from the State of Florida’s oversight to the private sector. Additionally, Barbie was instrumental in designing the Miami-Dade and Monroe counties’ local child welfare systems.

After spending 13 years with the CBC, including as its COO, she left the organization in 2017 to join Stabilify as one of its initial team members.